Midsummer (summer solstice) is kind of a big deal in the North and it involves all manner of pagan trappings, like bonfires and night vigils. Really, it’s a much witchier time than Hallowe’en in many ways, but most summer horror films are of the popcorn, slasher, drive-in variety rather than spooky. Some summer blockbuster horrors, like the new “Chucky” (2019), don’t even take place in summer.

In honour of “Midsommar” (2019), which I’m super excited to see, I decided to do a quick rundown of some of my favourite witch movies for solstice. It’s interesting to me that, as you will see, we have vacillated between early depictions of a demonic witchcraft in 1922, to a more pagan, mystical image, and back around again to literal demons in 2015 and paganism in 2019. What does it say about our culture how the witch is portrayed, and how her story ends?

This is basically a history of witchcraft, very well-researched. Sources from the Middle Ages are taken at apparent face-value, as potions are brewed and spirits rise from the body in flight. The witches are either gross hags, or entrancing maidens, doing their rites with demons in the woods in a very real and literal sense, fought by the religious orders. In the contemporary era, though, real wichcraft is dismissed as hysteria, “The witch no longer flies away on her broom over the rooftops”. The version I saw was presented sometimes in a crisp sepia-tone, lending a red glow to the proceedings, and at other points in a cool blue. The demons are well-crafted, with flicking tongues and strange, distorted proportions. Smoke and steam are ever-present, and figures appear and disappear.  The costuming and effects in this film are very memorable, and it is interesting to imagine its reception at a time of changing morals. No witch comes to a good end, here. Burn the witch!

Okay, so this is a weird one. Pre-dating Bewitched by a long-shot, this movie sets up Veronica Lake as a reincarnated witch sent to wreak vengeance on the family of a witch-finder, only to fall in love… seem familiar? It’s just another twist on a classic trope, but it’s charming in its camp simplicity. Hail to the (safe, married) witch!

This is a personal favourite. It completely goes against all of your expectations for a horror film. For one thing, the setting is idyllic, filled with green pastures, bright colours, and wholesome, happy people. Here, witchcraft is in the open, and pagan rather than demonic, with charming songs and dances. For another,  the protagonist, an up-tight, strictly religious policeman is not particularly likeable and he is also, ultimately, unsuccessful in his quest. Evil is not gross here as it was in Haxan, but charming. Hail to the witches!

While not exactly a witch movie per se, I’m including this one for its summer setting and mystical girl protagonist. Here, her magical powers over insects solve wicked crimes! While this is not one of Dario Argento’s most prominent works, it remains my favourite for reasons I cannot fully articulate. Like many other Argento films, there is a lack of logic to the plot, but great visuals. Magic here is at once dreamy, and in-tune with the natural world. Hail to the witch!

A staple of my childhood. Even if the witches were evil, they were clearly the stars of this film, with the best outfits and musical numbers. I will fight you if you don’t like this movie. It also caused some strange feelings surrounding the human cat, further muddied by sassy Salem the cat on Sabrina the Teenage Witch (1996). Hail to the (campy) witch! This movie was clearly influenced by Haxan. It mimics its traditional imagery of demonic witchcraft, while at the same time exploring the psychology of the witch-trial era in all its religious fervour, paranoia, and sexual repression. Here, magic comes from the devil himself through worldly representatives, but its benefits seem so pitiable to a modern viewer; an apple, a bit of butter, all in exchange for your soul. At the same time, the witch is the only survivor in this context. Hail to the witch, maybe? 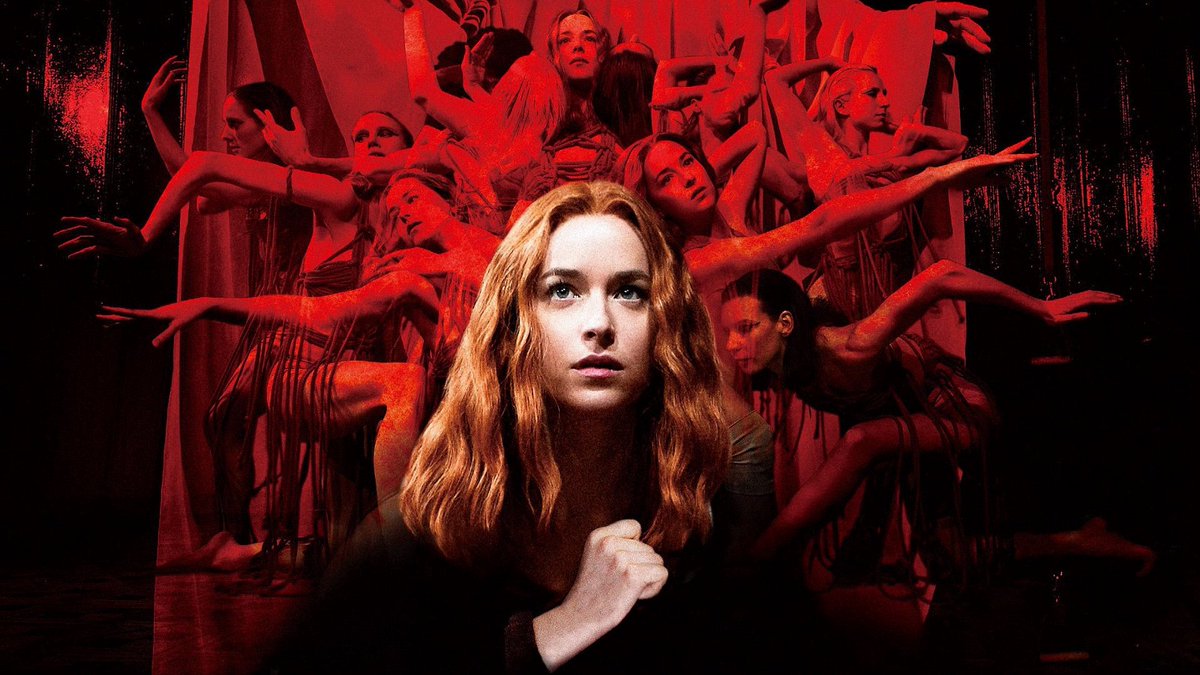 This film was a surprise for me. Having seen the 1977 original, I wasn’t sure what to expect. The 1977 version is fairly nonsensical, with a skimpy plot upon which to hang a bunch of interesting visuals (especially lighting effects). This 2018 re-telling is really a return to folk-horror, wherein magic is performed through dance and ritual. The setting in 70s Berlin is a big part of the story too. Here, the true witch triumphs over wicked pretenders. Hail to the witch!

To conclude, the witch is a complicated figure in film, running the gamut from a full camp Hocus Pocus (1993) to a sinister Suspiria (2018). Whether the witch is treated with compassion or denounced as a threat to society doesn’t just boil down to the era; each decade seems to portray multiple versions of the witch, and always with a certain degree of ambivalence. Right now, Chilling Adventures of Sabrina (2018) is blending straight horror, Satanism, and cannibalism with quippy teens and cutesy love stories in a confusing mix. Basically, witches are whatever you want them to be. Hail to the witch!